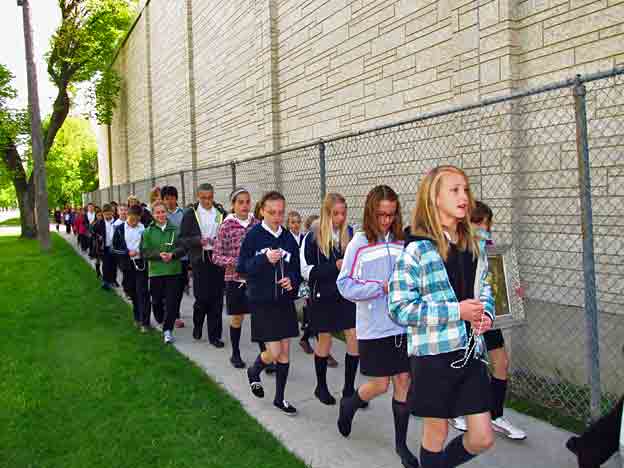 Praying and honouring the Blessed Virgin Mary during the month of May has been a Catholic tradition for hundreds of years. This devotion to Mary is especially meaningful to IHMS because of her prominence in the schoolâ??s name, and in the order of Sisters who own and operate the school.

For the past 11 years, IHMS has initiated a prayer service and rosary walk for Mary in May, and this year it was held on Friday, May 25th. 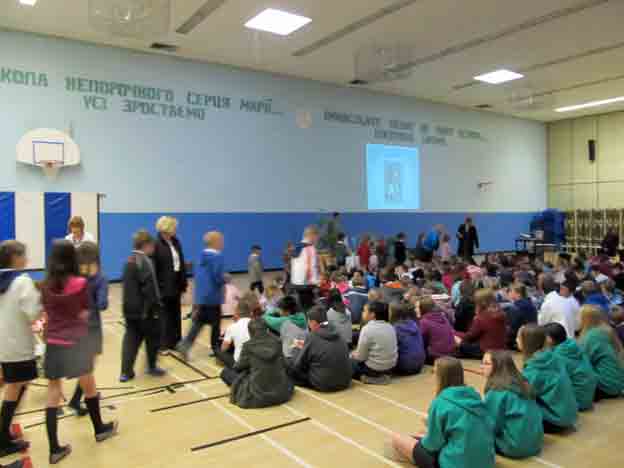 The prayer service began with students and staff gathering in the school gym first thing in the morning before opening exercises. As usual, the students sat on the floor facing a temporary altar that was set up in the center of the gym. The altar held various statues and icons of Mary that were collected from prayer corners from each of the different classrooms. 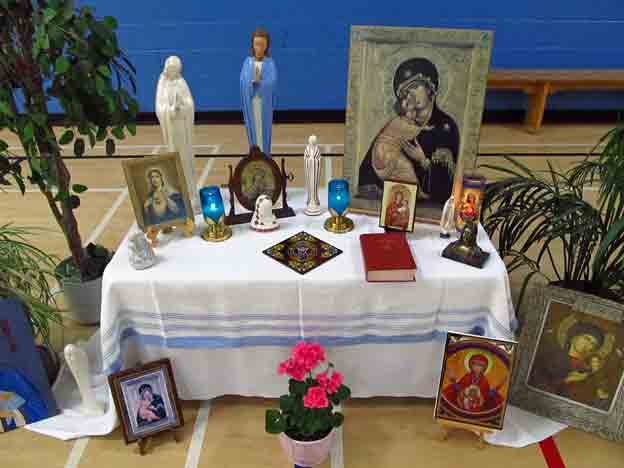 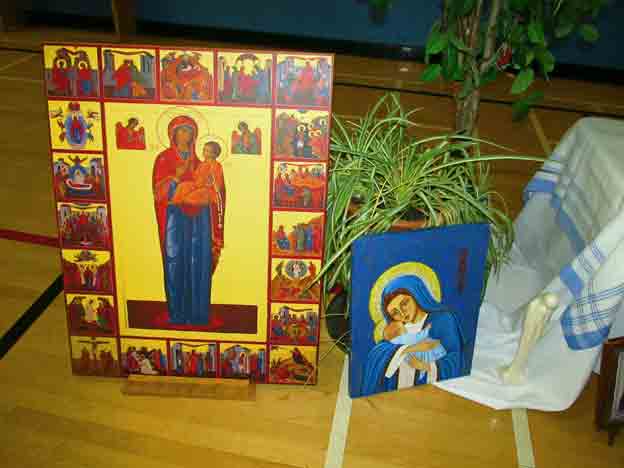 With the students quietly sitting on the gym floor, Mr. Picklyk welcomed everyone and spent some time explaining how to pray the rosary – 10 “Hail Marys” followed by an “Our Father”. Students were reminded the previous day to bring a rosary from home, but those that forgot were told they could keep track using their 10 fingers. 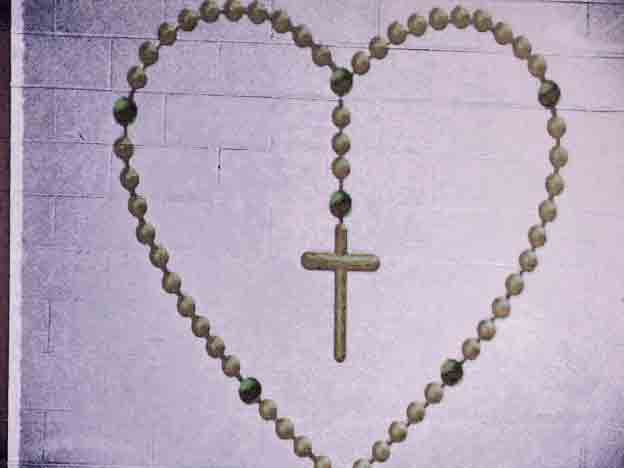 Sister Anne Pidskalny, SSMI then read a passage from the Gospel about Maryâ??s visitation from the angel Gabriel. The passage described Gabrielâ??s announcement to Mary that she will be giving birth to the Son of God.

Next, Lukas S. Â and Lily M. Â read a set ofÂ  petitions, after which everyone replied: â??Oh Mary, Mother of God, Pray for usâ?ť. In addition, about 15-20 students offered their own personal prayer petitions. 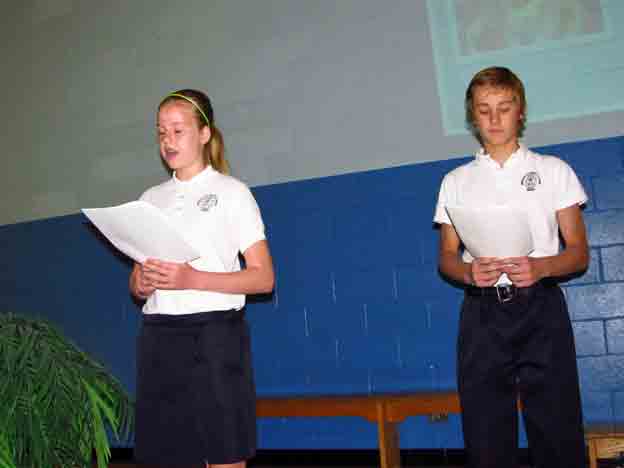 Mr. Picklyk then called a preselected student from each grade to approach the altar and receive either an icon or statue of Mary. These students had volunteered to carry an icon or statue while leading their class on the walk around the school.

The weather for the Rosary Walk started off rainy and dreary, and it looked like it would have to be moved indoors (like last year). Amazingly, the drizzle stopped and the sun came out just long enough for the walk to take place outdoors as planned!

Michael P. (the student council vice-president) led the procession with the schoolâ??s large icon of the Blessed Mother.

1. Out of the side door of the gym

2. Through the front gates and west down the sidewalk to McKenzie St.

3. South on McKenzie St. to the schoolâ??s back lane

4. Down the back lane to the large car gates

5. Across the school yard and out the front gates again 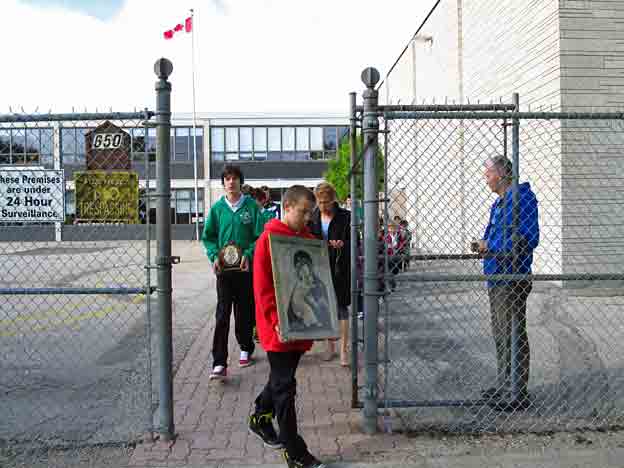 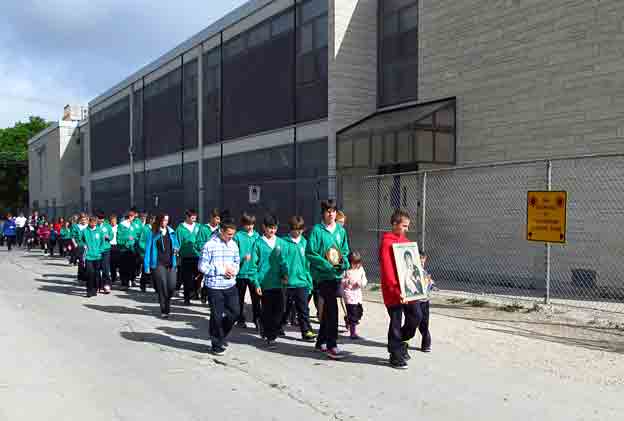 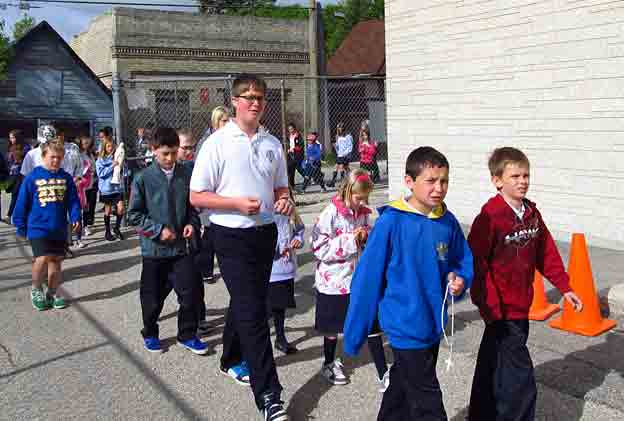 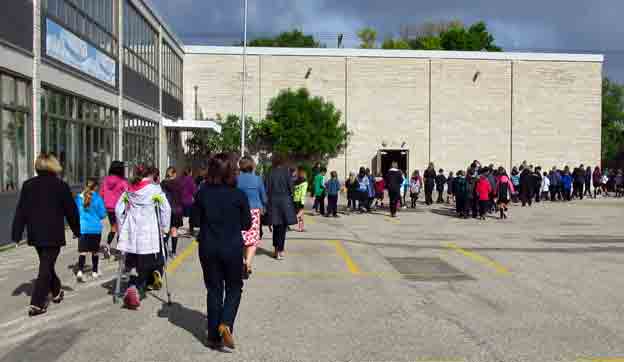 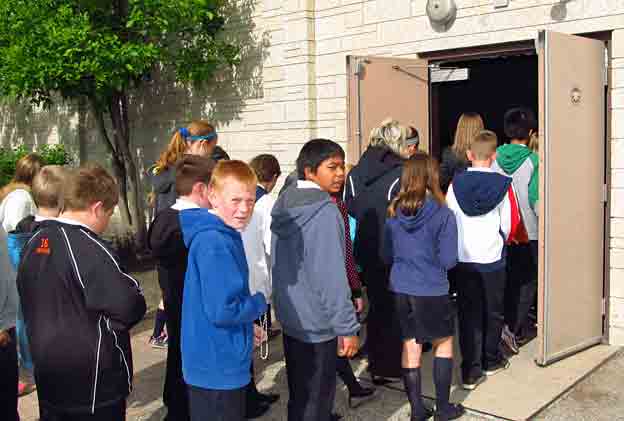 During the walk, the students recited the rosary, and continued to do so for 2 complete laps around the school. 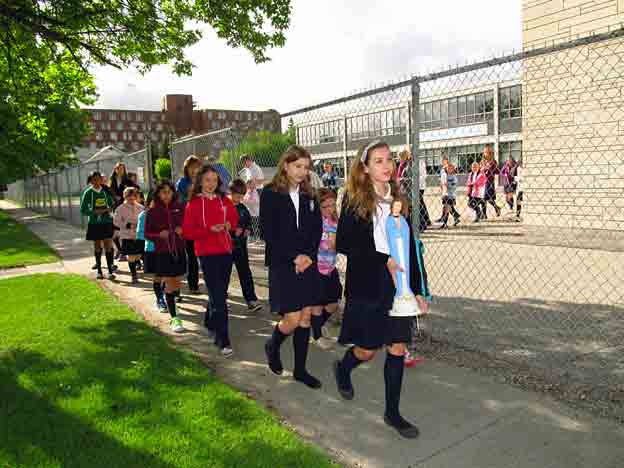 After a second lap around the school, everybody filed back into the gym to finish off the the rest of the prayer service. 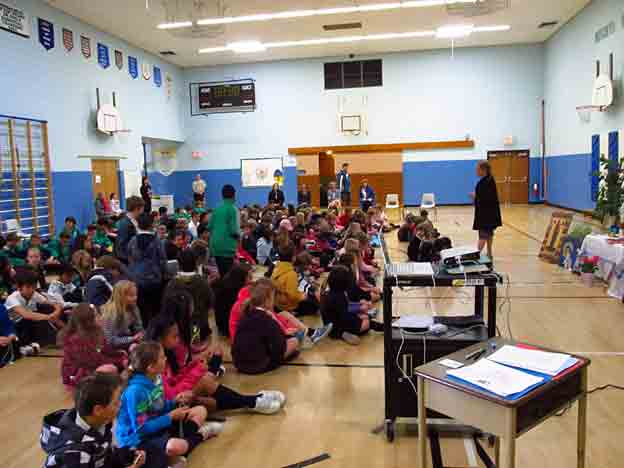