The second week of the school year is always hectic with students busily adapting to a new grade and new teachers. It’s during this time that the grade 7 and 8 students of IHMS hold their annual elections to select a new student council president and vice-president. 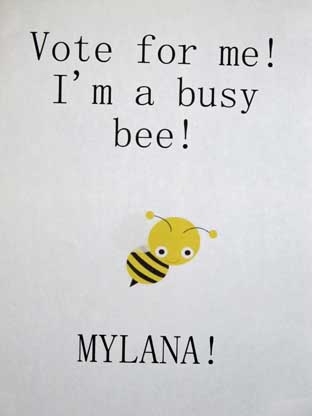 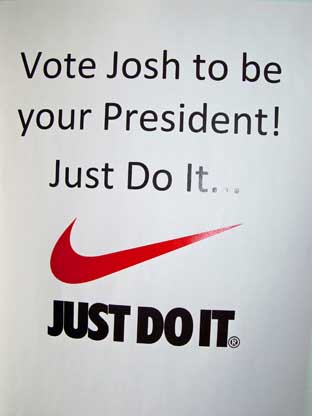 Campaigning is only for a few days and runs from Monday until Friday of the second week of school. The election, which takes place through a secret vote, is held at the end of the week. This year, the election was held on Friday, September 12th.

There were five students from grade 7 running for vice-president:

There were six students from grade 8 running for president:

A few of these candidates spent a lot of time and effort making up posters, which were placed throughout the upstairs hallway of the school. Some of the posters appeared to be hastily made but most of them were interesting and showed a lot of creativity. This year, there seemed to be much fewer campaign posters than in previous years.

On the day of the election, the six candidates for president gave a short speech about what they planned to do if elected president. The speeches took place in the grade 8 classroom in front of the rest of the junior-high students. The ability to present a speech is an important part of the selection process because the candidate who is elected president is obligated to give several speeches throughout the year at various special functions (such as the grade 8 graduation dinner).