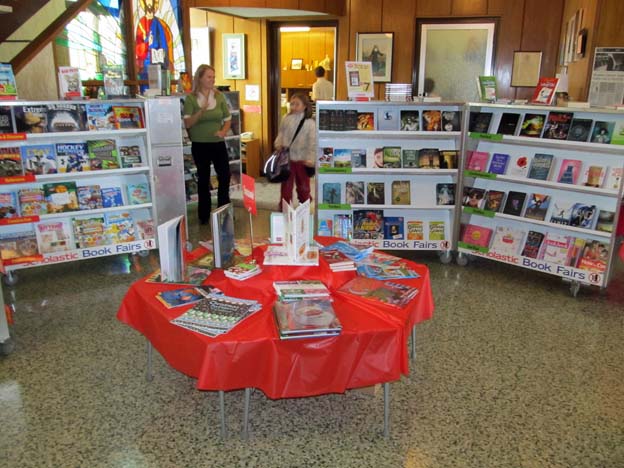 In addition to making it convenient for students to acquire cool books, the Scholastic Book Fair is also a fundraiser for the school. The book fair is run on a percentage of profit basis – the more it brings in, the more money the school has to spend. For each of the last few years, the book fair has raised approximately $2500 for the school. Out of this money, each teacher is allotted approximately $100 towards the purchase of books for their classroom, while the rest is used to purchase new Scholastic books for the library. 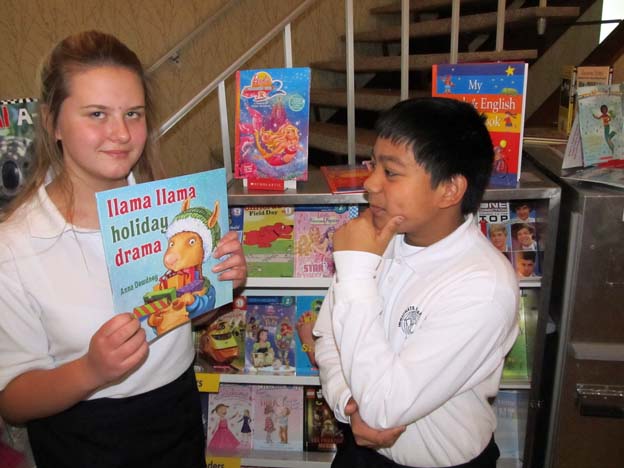 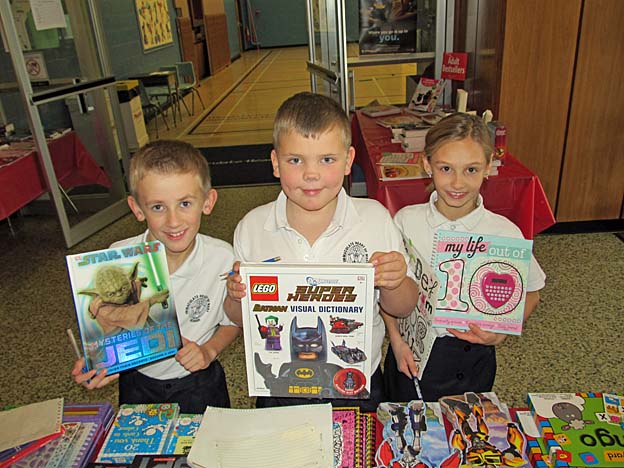 On Tuesday, November 20th, every student was given a â??Previewâ?ť flyer showing a few of the books that would be available for sale. In addition to these “sneak peeks”, the flyer also contained a ballot that could be filled out and entered for a prize draw for $50 worth of free books – $25 for the winning student and $25 for that student’s class.Â Â This yearâ??s winner of the â??Family Event Door Prizeâ?ť draw was Amit G., who won $25 worth of books for himself, and $25 worth of book for the grade two class. 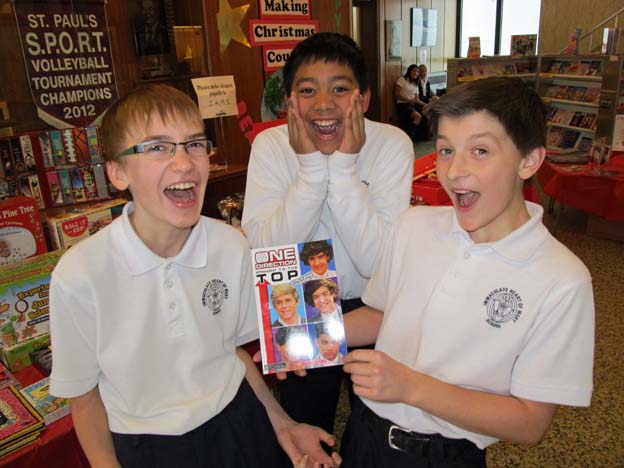 In order to give everyone an opportunity to view the display, a schedule was set up for each grade to do some browsing. â??Viewing onlyâ?ť was allowed on Tuesday afternoon, while purchases were accepted later that day (after 3:00 p.m.) when the book fair officially opened. 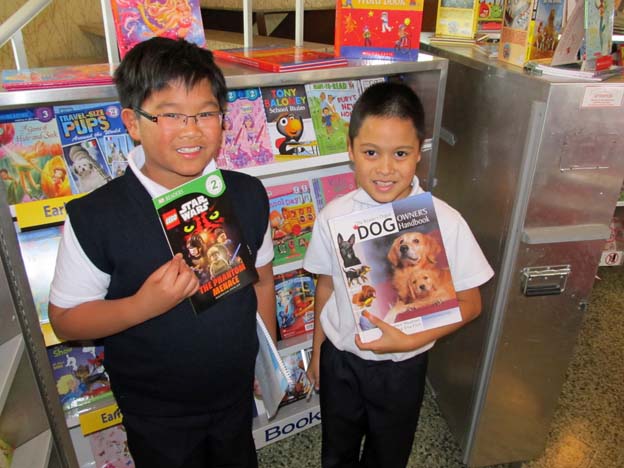 Since the book fair was organized with the needs of the students in mind, there were a wide range of titles available, ranging from pre-school to teenager. There was also a section devoted to tweens, with items featuring current hunks and heart-throbs such as the guys of â??Twilightâ?ť and â??One Directionâ?ť. These books were very popular, and in fact the â??One Directionâ?ť posters sold out before they even reached our school! There were also a lot of accessories for sale, such as colourful pencils, pens, erasers, and markers. In addition, there was a small selection of gift ideas for the students to purchase. 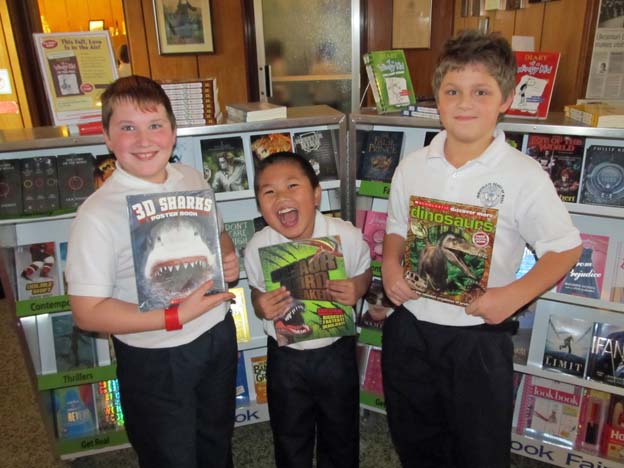 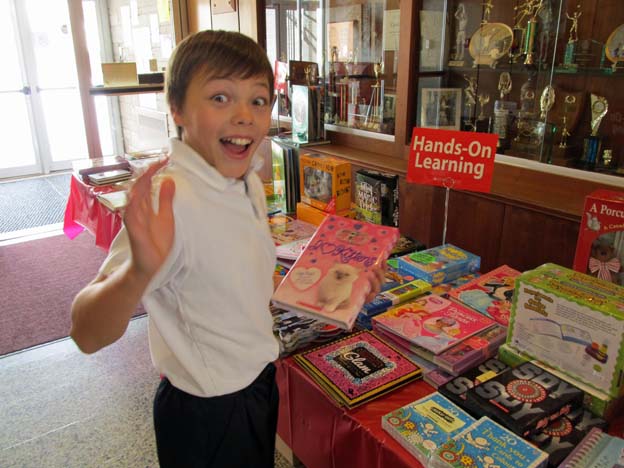 The book fair was organized by the school’s two librarians – Mrs. Radawetz and Mrs. Zulyniak. In addition, a number of parent volunteers helped out behind the counter. 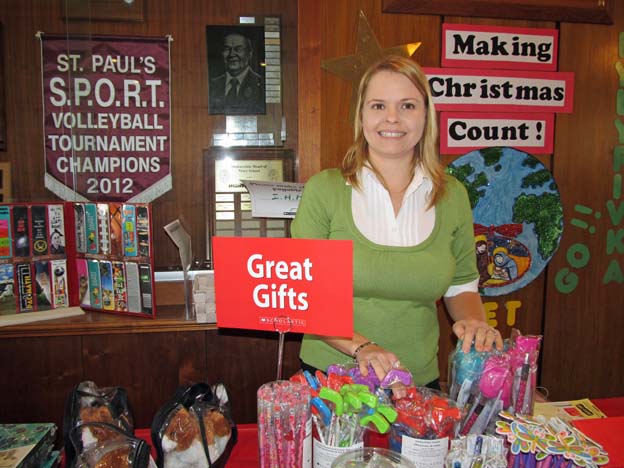 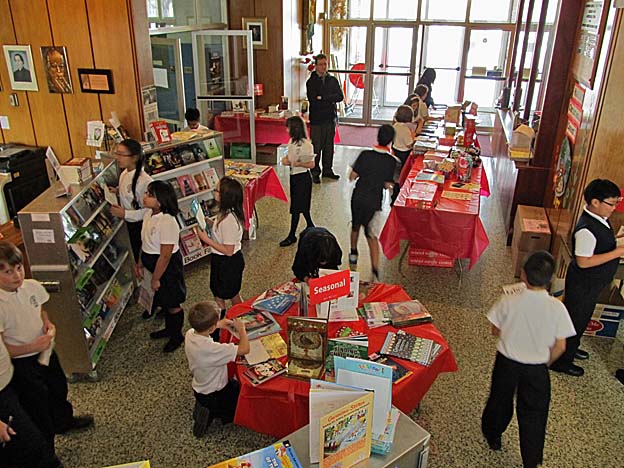