On Wednesday, June 5th, the kindergarten to grade 3 students held their annual â??field dayâ?ť at the Gateway Recreational Centre in East Kildonan.

The Gateway Recreational Centre allows teachers the option of playing games either indoors or outdoors. As it turned out, the weather this year was sunny and beautiful so the students spent most of the day outside.

All events for the day were team based and meant to be fun. Unlike the grade 4-8 track and field day, individual accomplishments were downplayed in favour of team competition and co-operation.

The students were supervised by the K-3 classroom teachers – Sr. Anne (kindergarten), Mrs. Cambly (grade 1), Ms. Lutyj (grade 2), Mrs. Tycholis (grade 3), along with Mrs. Laird, Miss Karhut, and Mr. Crooks. Each teacher was responsible for running one type of activity, and the students moved in small groups from activity to activity. Mr. Dedio was also available to help out as needed.

The students knew in advance they would be participating on different teams, and were pre-assigned to these teams based on the colour of shirt they were asked to wear. Each team had a mixture of students from K-3, and a letter was sent home to the parents asking them to dress their children in one of the following â??team coloursâ?ť: red, light blue, dark blue, white, grey, black, yellow, orange, purple, and green.

At lunch time parent volunteers served each of the students a barbequed hot-dog, vegetables, a slice of watermelon, a juice box, and a Freezie.

The Gateway Recreational Center had readily accessible washrooms, which were very convenient for the younger students. It also had a fenced in play area, which some students used during their hour of free time.

Everything wrapped up early in the afternoon, and the students assembled inside the Gateway Recreational Centre for an awards ceremony. Team awards were given out for 5 different categories: 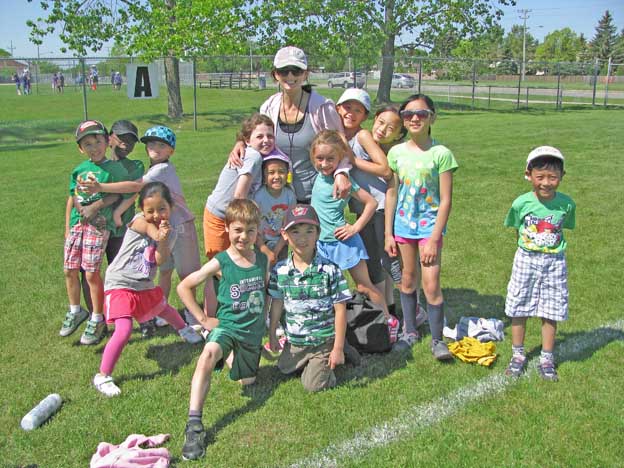 There were 10 different teams of students, and 5 award categories. By giving an award to 2 teams for each category, every student â??wonâ?ť a team award.

The K-3 field day appeared to be successful, and everyone involved seemed to enjoy the outing. 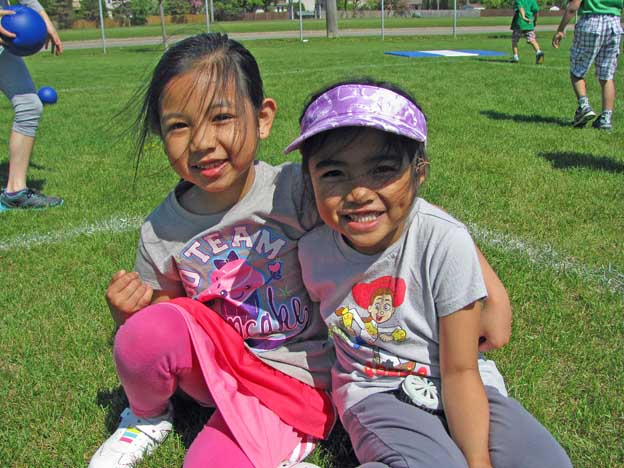