Public speaking is an important social skill that can be acquired through practice at an early age. The more opportunities a student has to develop this skill, the more comfortable and proficient they will be at a later age. To help facilitate this process, every year in May the grade 6 to 8 students of IHMS are asked to deliver a 2-3 minute speech to their classmates on a preselected topic.

The preselected topics for each grade were as follows:

After each student delivered their speech to the rest of the class, they were given a mark by their teacher, and the six best speakers were selected as semi-finalists. These semi-finalists recited their speeches for a second time to a pair of judges, and the six are reduced down to 3 finalists. These finalists become contestants in the Oratorical Contest for their grade.

The Oratorical Contest is sponsored by a defunct organization called the Fidelity Club which has been providing prize money for the past 20 years. The prizes are:

This year, the 20th Annual Oratorical Contest was held on Wednesday, May 14th in the school gym. The finalists for each grade were:

These nine finalists were selected the previous week in order to give them enough time to memorize and perfect their speeches. They practised in front of each other and were given constructive advice and feedback by the supervising teachers. This helped to improve the overall quality of their speeches.

The judges for this year.s Oratorical Contest were: 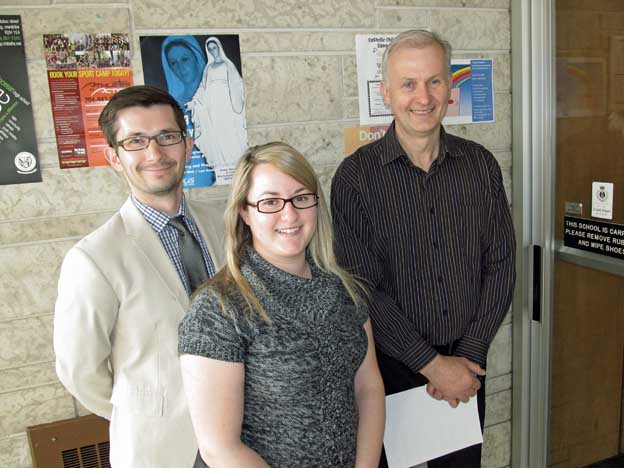 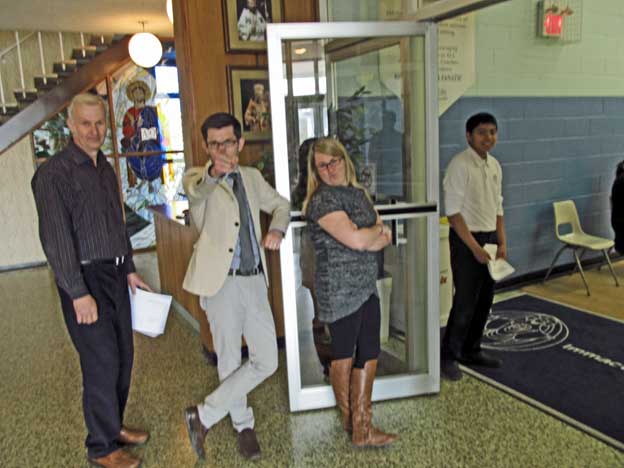 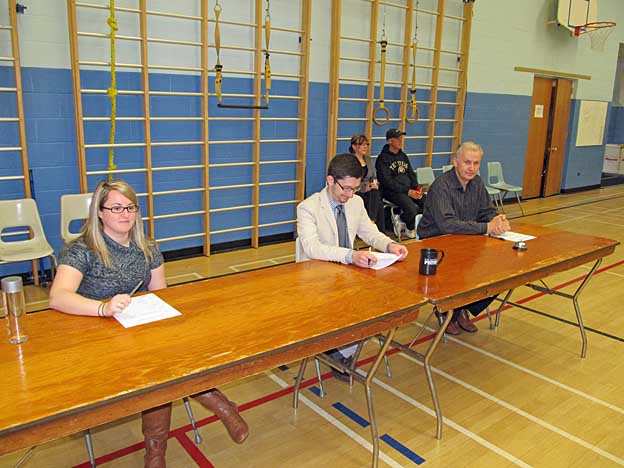 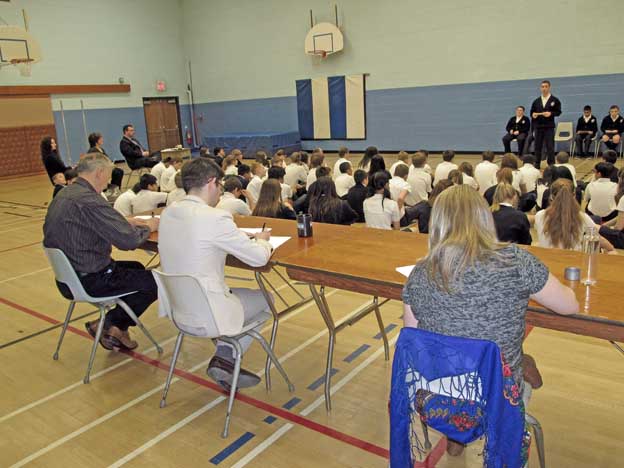 Each of the nine contestants presented their speech in the school gym in front of the grade 5-8 students and the three judges. Mr. Picklyk was the MC for the Oratorical Contest. 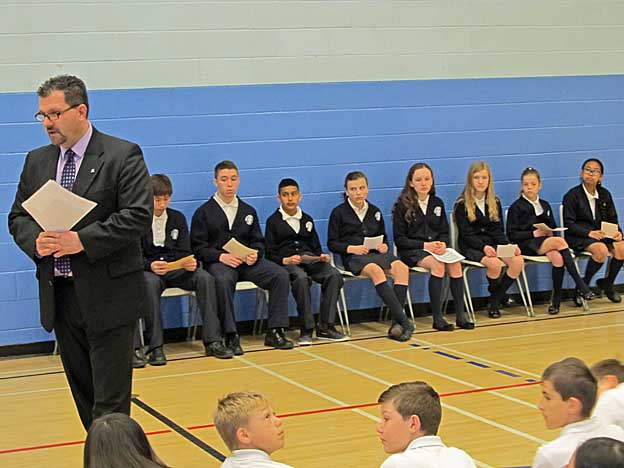 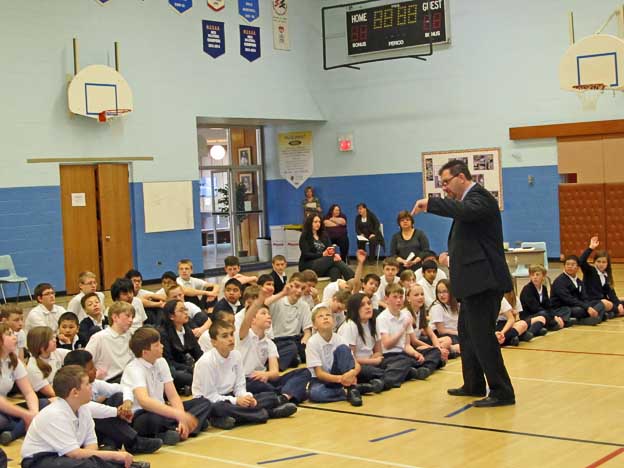 The contest began just after 9:00 a.m., and by 9:45 a.m., it was over. The students were dismissed back to their classes to allow the judges time to make the difficult decision of selecting the top three contestants. Everyone reconvened in the gym at 10:30 a.m. to hear the final results as announced by Mr. Picklyk.

One of the judges, Mr. Banias, spoke briefly about the high quality of this year’s competition and then presented the first, second, and third place certificates to the respective winners:

Congratulations to all nine contestants for a job well done.