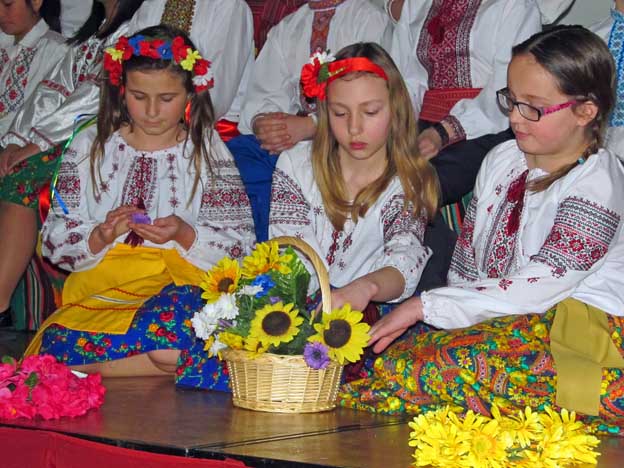 The busiest and most exciting day of Ukrainian Week is Thursday, the day of the concert. The Ukrainian concert is the most important event of the week, and the culmination of many hours of practice and preparation. It involves all the staff and students of  IHMS, as well as hundreds of visitors to the school. 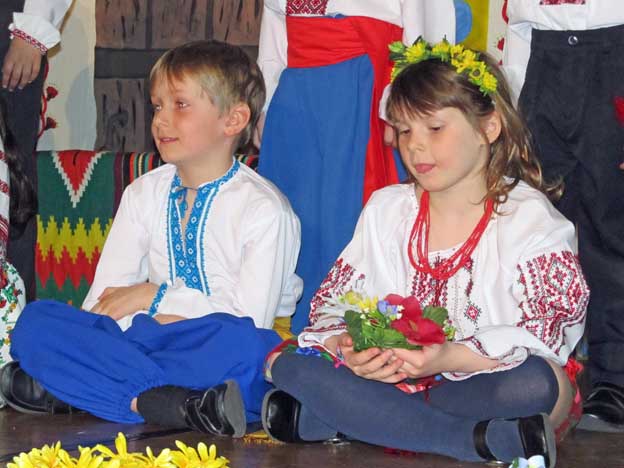 On Thursday, March 27th, 2014, the K-8 students of IHMS gave two excellent performances of  “Taras Shevchenko – Sun of Ukraine”. The format of the two Ukrainian concerts were very similar to the Christmas concerts last December – the first performance was a dress rehearsal at 1:30 in the afternoon, and the second was at 7:00 in the evening.

Students performed the concert twice that day to accommodate the various schedules of parents and relatives. Since most parents came to the concert that evening, the afternoon performance was an excellent way for the students to tighten up their act while performing in front of a smaller live audience.

Thank you to our Ukrainian/Music teacher, Mrs. Stanowych, who wrote the narrative script for the concert, prepared the students for all the songs, and directed the concert! This was a lot of work, and involved weeks of rehearsals to make sure everything was just perfect. Thank you also to the rest of the IHMS staff for their various contributions to the concert. A lot of hard work and effort went into its preparation, but it was well worth it. The audience enjoyed themselves, and “Taras Shevchenko – Sun of Ukraine” appeared to be a great success!